Rusty is a 16.2 hand Dutch Warmblood chestnut gelding who came to Camelot in September of 2016. No stranger to travel, Rusty was foaled in Germany in 2003 and then purchased by an American to be trained and shown in Florida prior coming to Arizona.

Rusty’s beautiful gaits and impeccable confirmation allowed him to be competitive in dressage in Arizona and in California at the upper levels. While his registered name is “Willem,” the barn name Rusty (or Rustiano) fits not only his color but also his laid back personality. Rusty is a trusty fellow who prefers to take life slow and steady, and enjoys this new career as a therapy horse. 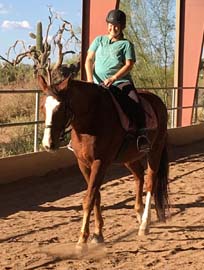 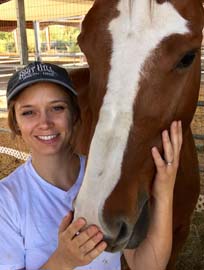 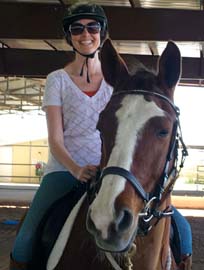 “Service to others is the payment you make for your space here on earth.”
~Mohammed Ali
↑