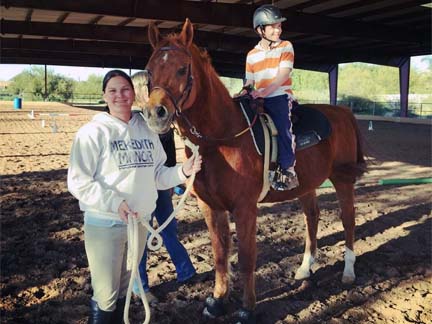 Before joining Camelot’s herd in the summer of 2016, Junior spent his life in the show ring competing under his registered name Court Marshall PA+//. He had many national titles in various disciplines and was well known and loved in the Arabian horse community.

During his time as a therapy mount at Camelot, Junior carried our smallest riders, riders who required the support of two side walkers, as well as riders who were able to ride independently. He was a favorite among volunteers and students due to his sweet personality, short stature, and willing disposition.

In a serendipitous connection, Junior’s great grandsire and great-great grandsire were owned by Camelot supporters! Junior was strikingly handsome and carried himself with an air of nobility. He will be remembered as the epitome of the Arabian horse breed’s versatility. 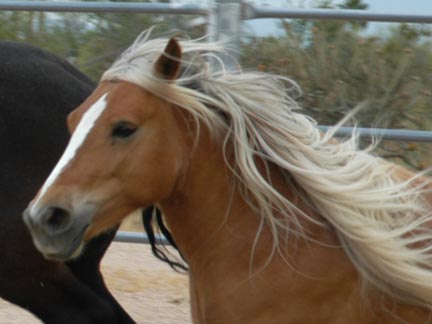 Cayanna was beautiful inside and out. She was a Haflinger horse, a breed known for their chestnut color and flaxen mane and tail.

While small in stature, standing at only 13.2 hands high, she had the largest personality and never met a stranger. She was the “guide” for the other horses and served as a strong and fair leader.

Cayanna’s service to Camelot was multifaceted. In addition to carrying all levels of students on her back, she was also the star of our driving program for several years, following the tradition of her ancestors. 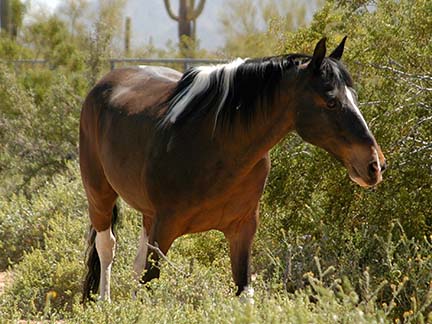 Scout was one of the greatest horses to have graced the Camelot ranch. He came to Camelot in March of 1997, when he answered his true calling and began his career as a therapy horse. For 19 years, he took care of students while fulfilling in the most important role of his life. He was so good at his job that we could have run our entire program with him alone.

Scout was perfect for any rider. He was a National Spotted Saddle horse, which means his bloodlines were a combination of gaited horses (like Tennessee Walkers) and Spanish-American type pinto horses. This breed of horse is known for their smooth ride. He was responsible for helping many students realize that there are no boundaries to success. Scout was an important member in Camelot’s colorful herd. We loved him and will remember him always.  There will never be another like him. 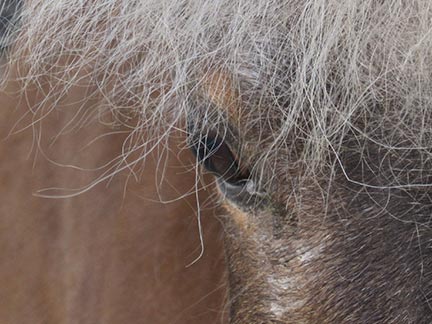 During his remarkable lifetime, Coughdrop accomplished many things. In his younger years, he was a member of the Petite Elite Drill Team and the AZ Mini Mystique Precision Driving Team. When not hoofing it up, he could often be found behind his typewriter, where he shared his thoughts through his passion for writing. His first article appeared in the newsletters for TEACH (Therapeutic Equine Academy for Children in Eloy, AZ) back in 2005. He then went on to write occasionally for the Bridle and Bit from 2007 to 2009. When he joined the Camelot therapy herd in 2012, he rediscovered his love of writing and had his own column in the Camelot Chronicles.

Those of us who loved him and cared for him daily know he would like to be best remembered for his sense of humor and ability to outsmart the volunteers. His favorite activity was playing Houdini and nothing brought him more joy than slipping out of his stall or pasture.

What we will treasure most was his quiet way of teaching everyone who met him about overcoming obstacles and living life to its fullest. He never let his disability slow him down—and he showed others how to do the exactly the same thing.

Coughdrop, the “little man with the giant heart”, was humanely euthanized following a sudden illness on December 30, 2015. We miss him deeply. 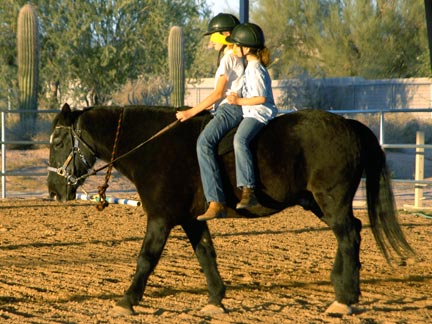 We searched far and wide for a horse like Paladin, and the moment we laid eyes on him, we knew he was meant for our program. He was half Percheron and weighed more than 1,300 pounds. Black as night, strong as steel, and pure of heart, this horse served faithfully all who rode him. His kind eyes followed people with curiosity. His slow jog was perfect for learning to trot. His rocking horse canter demonstrated his great power.

The word Paladin means “knight”. And that he was, as he walked into battle with his comrades, to slay the dragon within who says, “I can’t.” Paladin was humanely euthanized at his Camelot home on June 10, 2015. He was 35 years old, and his body was tired. Here is a video celebration of the happiness that Paladin brought to Camelot during the 14 years he served as our knight. 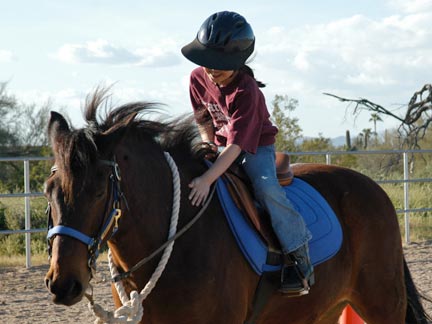 Bravo was born in Mexico and came to Camelot in September of 1999. A small horse with an enormous heart, he worked diligently carrying Camelot students and slaying countless dragons. His smooth Western jog and quiet demeanor made him a pleasure to handle and ride.

In 2008 Bravo was awarded the Region 10 Equine of the Year Award by PATH, International (formerly NARHA). Here at Camelot, he was affectionally known as the little mustang that could! He touched hundreds, if not thousands, of lives during his lifetime. He was loved and adored by all who rode him.

Bravo was humanely euthanized on July 19, 2012, following a long battle with arthritis and connective tissue contractions in his hind legs. We were so very lucky to have had him as a teacher and companion for so many years. Here is a video tribute to our friend and hero, Bravo. 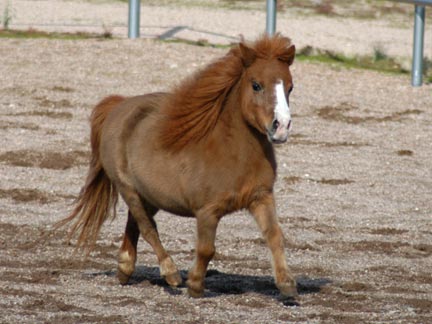 LGR’S Fire Passion, a.k.a. Sandy, was a registered Miniature Horse who came to Camelot on May 30, 2000. She was unaware of her small stature; Sandy saw herself filling the shoes of the mightiest of equine staff. During the week, Sandy could be seen pulling her cart around the property, or taking students and staff out into the neighborhood. Stunning in color—deep chestnut, with a long and flowing red mane and tail—she was always catching everyone’s eye and loved living life in the spotlight.

Sandy was humanely euthanized on September 24, 2006, after an acute illness. We miss her bright spirit. 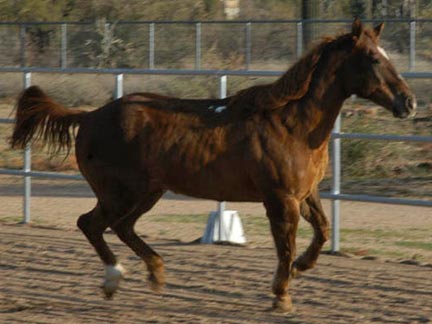 Mack began his new life as a therapy mount on January 23, 2000. This handsome Quarter Horse gave us his heart and soul for 6 wonderful years. He was one of our larger mounts, which made him perfect for our adult students. It was his gentle and sweet disposition, however, that won the hearts of our youngest students in the barn! When he was not teaching riders how to slay dragons, his favorite pastime was playing with his best friend, Cliffy. 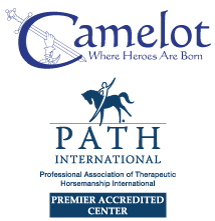 “I always wondered why somebody didn’t do something about that. Then I realized I was somebody.”
~Lily Tomlin